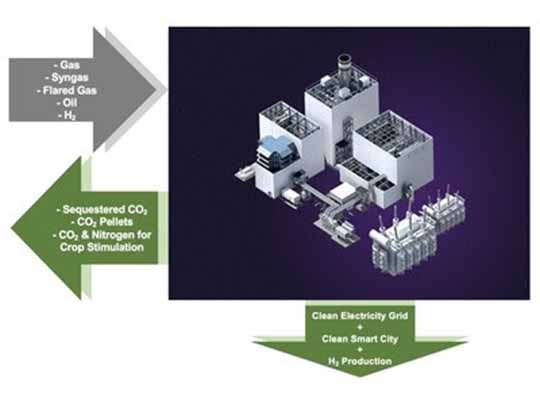 HOUSTON – Houston-based GTherm, industry leader in the development of the patented game-changing GTSystem, announces its GTherm Comprehensive Energy System (“GTSystem”) as a solution to Texas’s electric reliability issues, as outlined by Governor Greg Abbott through an industry mandate.

As a result of the implementation of the GTSystem, that uses both carbon capture and carbon sequestration, NetZero power can be achieved. A patented modular implementation of the technology is used to generate power that achieves a five nines reliability (99.999%). This nonstop system minimizes the risk of generation failures caused by a polar vortex or other non-predictable events. Electricity consumers in the state of Texas can achieve reliable electric generation.

The GTSystem generates clean baseload electricity by implementing the electric generation on an oil and gas reservoir and sequestering CO2 from power generation into the oil reservoir as oil and gas are extracted, contributing to the EOR (Enhanced Oil Recovery). There is no flaring of gas (the gas is used for power generation) and the oil extraction does not utilize fracking. Low-cost hydrocarbons are used as the fuel for power generation allowing for the production of NetZero electricity. This efficient alternative is priced competitively compared to the production of electricity from standard gas-fired fossil fuel plants.

Clean, baseload electricity will command premium pricing in the future (carbon credits). All or some of the extracted hydrocarbons can be used to generate electricity. The reservoir project becomes an Independent Power Producer (“IPP”) that generates the nonstop, reliable electricity for Texans around the state at a reasonable cost.

The GTSystem allows for profitable secondary use of the surface land of the reservoir. A portion of the separated CO2 and nitrogen from the generation of electricity is used to stimulate crop growth in greenhouses. Growing food through photosynthesis absorbs CO2 and produces a large quantity of oxygen (much more than planting trees) generating carbon credits. The controlled greenhouses, with stimulated growing, results in accelerated food growth and increase sales of produce with improved margins.

As an option, a portion of the clean electricity can be used to effectively produce NetZero low-cost bulk hydrogen using electrolysis (no CO2 generated). The hydrogen can then be used in place of natural gas and gasoline / diesel fuel.

This innovative technology has become even more poignant, following the passage of the bipartisan CATCH Act, which increases the carbon capture credit from $50 to $85 and the carbon sequestration credits per metric ton of CO2. By using this technology, within the framework of the CATCH Act, and the sequestration, GTherm can use these additional benefits to create the low price for Texas consumers.

Tesla in India: Boost in a Country With Low Appetite for Electric Vehicles