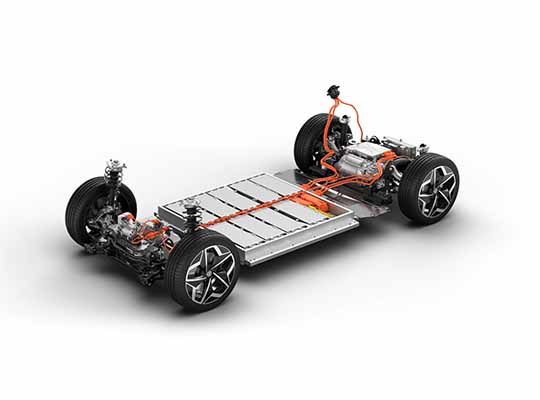 The Asia-Pacific regional market recorded a revenue of $598.8 million in 2020, and is further predicted to register a revenue of $6,729.6 million at a CAGR of 37.8% during the forecast period. The rising demand and production of electric vehicles in the Asian countries such as Vietnam, Australia, India, and Japan are fueling the growth of the market in the region during the analysis period.

Get 10% OFF on APAC Electric Vehicle Battery Recycling Market

Key Segments of the Market

The report has divided the market into different segments based on chemistry, application, and regional outlook.

Dynamics of the Market

The greenhouse gas and carbon footprint in the atmosphere has become a serious concern among the climate activists worldwide. People are going for everything ‘green’ and eco-friendly. This factor has increased the demand of electric cars as they don’t pollute the air with carbon emission. The popularity of electric cars leads to the demand of electric batteries and their recycling. This is one of the major factors behind the growth of the market during the forecast period.

The recycling of the batteries involves very complicated processes which requires heavy investment. This is expected to be one of the restraining factor behind the growth of the market.

Moreover, eco-friendly design of the batteries are predicted to create many opportunities for the market in upcoming years.

These players are working on developing strategies such as product development, merger and acquisition, partnerships and collaborations to sustain the market growth.

For instance, in June 2021, Retriev Technologies, a global leader in battery recycling and management announced the completion of its first volume shipment of recovered battery materials to Marubeni Corp, a Tokyo-based battery manufacturer.

Research Finds Many Renters Unable to Participate in Clean Energy

LONGi Supplies 273 MW of its Solar Modules to the Largest Solar Plant in...

Railways Should use Sections of its Extensive Network for Transmission Infra: IEEFA