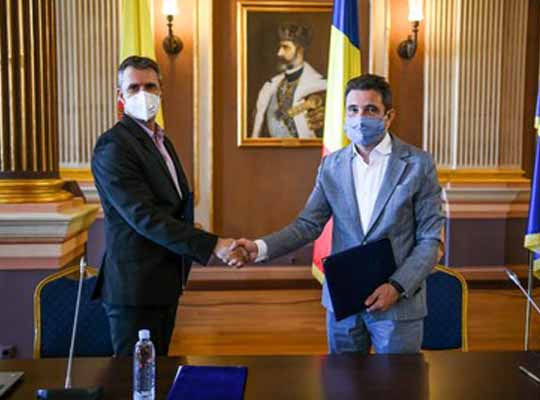 ADANA, Turkey – TEMSA continues to reinforce its power in the European market with the new tender conquests. Clearing the deck for the delivery of four Avenue Electron model electric buses to the city upon the electric bus tender it won in Buzau, Romania, in recent months, Entered with its local dealership, Anadolu Automobil Rom, TEMSA once again surpasses its global competitors in the electric bus tender held by the city of Arad, Romania. Having signed an agreement for a total of 10 electric vehicles, being five units of nine-meter MD9 electriCity and five units of 12-meter Avenue Electron, TEMSA will deliver a total of 14 electric vehicles to the city, along with the tenders won in the last six months, in 2022.

AN EXAMPLE FOR THE ‘SMART CITIES’ VISION

Tolga Kaan Doğancıoğlu, TEMSE CEO, highlighted the fact that TEMSA is becoming an significant influencer concerning electric vehicles in the European market, and added, “We continue our endeavors rapidly to strengthen our position in foreign markets, particularly in Europe, with our partners’ know-how and competitive power in the international markets, on this journey we have set out with the vision of contributing to the future of transportation and sustainability of our world. In this sense, Romania is a quite valuable market for us. Our first access into the market was with the tender we won in Buzau in recent months. We are strengthening our position in the region by increasing the number of vehicles through our new agreement.  We believe that the fleet of 14 electric vehicles that we will deliver will constitute an example for the ‘Smart Cities’ vision with their economic, comfortable, safe, and environment-friendly structure along with their aspect of keeping up with the modern architecture of the city.

This Earth Day, Take Small Steps at Home to Conserve the Planet