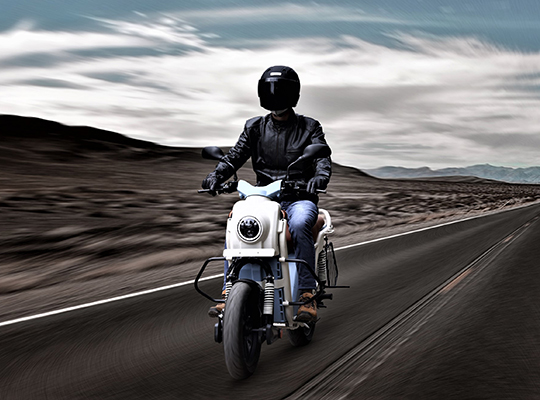 The much-anticipated electric scooter from eBikeGo has finally arrived at an unbeatable price. The price will be much cheaper once you include in the additional benefits from various governmental subsidies. With the government’s recent announcement that electric vehicles will not be subject to road tax, the G1’s base model could end up costing substantially less than fuel 2-wheelers. Beginning in November 2021, deliveries will be made.

The RUGGED features a 3kW motor that can reach a top speed of 70 km/h. ‘RUGGED’ will be available in two versions: G1 and G1+, with costs ranging between Rs. 79,999 and Rs. 99,999. The FAME II subsidy, but not the state subsidy, are included in these ex-showroom costs. As part of its premiere, RUGGED is now taking pre-bookings on RUGGED’s official website, www.rugged.bike, the electric moto-scooter may be reserved for just Rs. 499 (Refundable).

It comes with a 2 x 2 kWh battery that may be replaced. The batteries charge in 3.5 hours and have a range of 160 kilometres. It has a storage capacity of 30 litres. The body of the electric moto scooter is composed of a cradle chassis and steel frame, making it India’s toughest EV ever. It includes 12 built-in smart sensors. Using the RUGGED APP, the user can unlock the bikes and drive the electric bike. It has an anti-theft feature that ensures the safety of the driver in the case of an accident or other emergency.

The vehicle was created using data obtained from millions of data points analysed by eBikeGo’s artificial intelligence-driven fleet management system and EBG Matics (eBikeGo’s patented IoT technology) from its B2B and B2C operations. RUGGED scooter was designed and manufactured in India, and it is the strongest and most durable electric vehicle ever constructed for Indian roads. The bike comes with an incredible 7-year warranty on the chassis.

Rugged is the only bike in the world that allows battery switching without the user getting off of the bike. With 4G, BLE, CAN bus, GPS/IRNSS, 42 inputs/outputs, serial ports, and a comprehensive modular sensor suite, it is the world’s most advanced 2W IoT system. Extremely tough design — “cradle chassis” with steel on the outside. It comes with theft prevention bolts and clamps for all high-cost components, as well as thorough vandalism protection for fleet operations. Rugged is also India’s first indigenously manufactured hub motor. Furthermore, the ‘Rugged’s app allows one to control the bike remotely.

RUGGED, which will be manufactured in Coimbatore, Tamil Nadu, in conjunction with Boom Motors, said it expects to reach a production capacity of 1 lakh vehicles soon and is confident in fulfilling pre-orders for its electric scooter in the coming months.

In addition, Rugged is hitting the market via experience centers in nine states. In the upcoming months, it plans to have 3000+ charging stations. Rugged will be available in all cities in India via online pre-booking and offline experience centres.

“We are extremely happy to announce the launch of ‘RUGGED,’ India’s most sustainable, intelligent, and sturdy electric moto-scooter, after significant study and a three-year wait. It is designed entirely for Indian roads, with 2 x 2 kWh swappable batteries and advanced sensors. RUGGED is also India’s first indigenously manufactured hub motor. We at eBikeGo are ecstatic to announce the debut of ‘Rugged,’ which will change the face of e-mobility in India and push the limits of innovation in the electric bike category.” said Irfan Khan, Founder & CEO of eBikeGo.

Kia EV6 is Crowned 2022 German Premium Car of The Year

SUN Mobility to set up 100 Swap Points in Bengaluru

Finding Correct Car battery is Half The battle: Exide