Home Editor's Pick Article Is the future of mobility Green or EV? 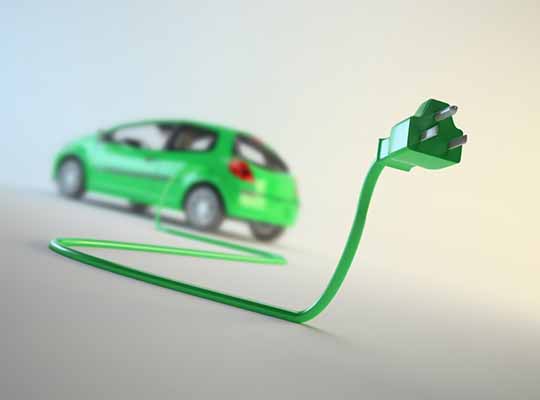 The transportation sector is witnessing a fundamental shift from the combustion engine era to a technologically ready and connected age of transportation. In a world where carbon emissions have been declared public enemy no.1, the very definition of vehicles is being reinvented. Driven by the nations’ ambitious targets, OEMs and suppliers alike have set aggressive timelines to electrify their entire fleet. Fuel tank, engine, gearbox, transmission, and exhaust lines are now being replaced by control units, battery packs and electric motors.

EVs are being touted as a one-stop solution to many of India’s problems; these include its massive air pollution levels and steep oil import bills that deplete the country’s foreign exchange reserves. India consumes 29.4 per cent of the world’s oil and crude oil accounts for more than a quarter of its imports. It spent over $100 billion on oil imports in FY20. It is also the world’s third-largest emitter of carbon dioxide (CO2) at two million kilotons, placed just behind the US and China. In the national capital of Delhi, pollution due to particulate matter regularly exceeds the World Health Organization’s limits by a factor of 7-12. More EVs means less carbon emissions.

However, any new technology initially comes at a price. EVs too cost more than their petrol and diesel counterparts. However, with more EVs being produced, the cost of lithium-ion batteries—that account for nearly 50 per cent cost of an EV—is falling fast. Over the last decade, prices have dipped from $1,000 per KW Hour to just over $150 per KWH.

The steep hike in  petrol and diesel prices  also acts in favour of EVs. The running cost of an electric car is just ₹ 1 per km compared to petrol’s ₹9 per km and diesel’s ₹ 6 per km. The savings more than offset the higher price of the vehicle, making EVs more attractive to consumers.

In addition, we now have more players, which is beneficial on two counts – multiple options for consumers and a more intense drive to create awareness. It has also helped in countering myths regarding the new technology. In the two-wheeler market, which does not need big batteries and is hence, more affordable with quick recharge, most of the bigger OEMs like Hero Electric, Bajaj, and TVS have made their entry.   New entrants like Ather, Okinawa, Ampere, Revolt, and Avan motors are also available now, further expanding the options for the consumers. Then there is Ola which has the potential to further boost the sector.

In four-wheelers, the Tata Nexon EV was the major player last year, lowering the price barrier in the segment while quickly capturing the market as the largest-selling electric car in the country. Tata is planning to follow its success with an electric version of its premium hatchback, Altroz, later this year. The luxury car segment also saw some action with the launch of Mercedes EQC and, more recently, Jaguar iPace. Audi, BMW, and Volvo are set to follow suit very soon. However, it is the entry of the global heavyweight, Tesla that has everyone counting days

The growth of electric vehicles will also have a cascading effect on different sectors of the economy with battery storage being one of the key areas. Battery forms the backbone of an EV, constituting 40-50 percent of its cost. India requires nearly 1200 GWh of batteries for usage in EVs, consumer electronics, and storage.

The Government of India has launched the Production Linked Incentive (PLI) scheme for manufacturing Advanced Cell Chemistry (ACC) batteries with an outlay of ₹ 31,600 crore till 2030. The recent remodelling of FAME II coupled with the PLI scheme will provide the initial thrust to the battery ecosystem in the country.

The COVID-19 pandemic has pushed the world to the cusp of a revolution with growing consciousness towards a zero-waste sustainable lifestyle. India is well-positioned to drive and lead the shift to zero-emission modes of commute. The recent remodelling of the FAME II scheme will provide a strong impetus to achieve this target. These incentives will unlock a future of clean mobility, enrich the transportation system, and leave an indelible imprint on the way we choose to travel.

In addition, the Indian market also needs to encourage indigenous technologies that are suited for local conditions from both strategic and economic standpoint. We need sustained consumer sensitisation and education in order to bust several myths and promote EVs.

Viable electricity pricing is one of the concerns which is now eliminated by solar-powered grid solutions.  A general improvement in grid resilience will ensure adequate charging infrastructure for EV’s. Subsidizing manufacturing for an electric supply chain will further improve EV development in India.

Operationalizing mass transition to electric mobility for a country of 1.3 billion people is an achievable task. With a strong common vision, an objective framework for comparing state policies, and a platform for public-private collaboration, we can ensure a self-sustaining and long-term EV ecosystem that can meet the requirements of a very diverse and competitive market.

How India can achieve zero carbon emission by 2070