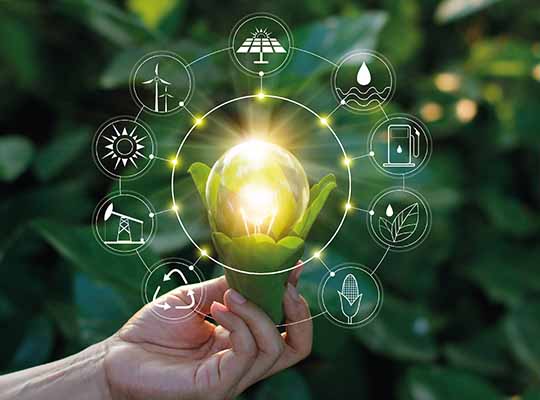 SEATTLE — According to Coherent Market Insights, The global green energy market is estimated to account for 1,704.88 Bn in terms of value, witnessing a CAGR of 8.3% by the end of 2028.

There are many sources of green energy. These include solar, wind, geothermal heat, and biofuel. It also includes a number of other resources, including the tides. Geothermal power is electrical energy produced from geothermal energy stored in the mantle. This type of energy is also called thermal energy because it derives its energy from the Earth’s temperature.

The most common form of green energy is the sun. This natural resource is the most abundant source of energy. As such, solar energy is widely available and can provide you with enough power for a large number of modern devices. Despite the high costs of wind and solar power, this form of energy is also clean and safe. Moreover, solar energy is the most cost-effective source of energy. It is also the best option for a number of other applications, such as lighting, heating, and refrigeration.

Increasing adoption of geothermal power is expected to propel growth of the global green energy market over the forecast period. For instance, in May 2021, Google announced to partner with Fervo, a start-up company to develop a geothermal power system in Nevada to serve its regional data center.

Moreover, increasing adoption of offshore wind turbines is also expected to aid in growth of the global green energy market. For instance, according to the U.K.’s Department for Business, Energy and Industrial Strategy, wind generated 30% of the UK’s power in the first quarter of 2020, more than the previous record of 22.3% set in the fourth quarter of 2019, with 15.2% coming from offshore capacity and 14.7% from onshore.

Increasing funding to boost adoption of wind power is expected to offer lucrative growth opportunities for players in the global green energy market. For instance, in May 2020, The Australian Renewable Energy Agency granted US$ 1.11 million to a feasibility study of BP Plc for producing hydrogen using wind and solar power.

Moreover, increasing funding in biofuels is also expected to aid in growth of the market. For instance, in August 2021, the government of Alberta announced to fund a new biofuel facility with US$ 3.75 million. Earlier, in July 2021, Department of Energy, U.S. granted US$ 1.5 million for R&D in metabolism of a blue-green algae that holds great promise for biofuel production.

Major players in the global green energy market are focused on gaining contracts to enhance their market share. For instance, in August 2020, GE Renewable Energy was selected to supply Cypress wind turbines for the construction and long-term operation of the 209 MW Murra Warra II wind farm in Victoria, Australia.

Major players operating in the global green energy market are focused on enhancing the efficacy of solar cells. For instance, in February 2020, Panasonic Corporation reported that its perovskite solar module achieved an energy conversion efficiency of 16.09%. The increase in efficacy was attributed to the development of lightweight technology using a glass substrate and a large-area coating method based on inkjet printing.

On the basis of product type, the global green energy market is segmented into:

On the basis of application, the global green energy market is segmented into:

IDTechEx Discusses Why OEMs Are Investing in LIB Recycling