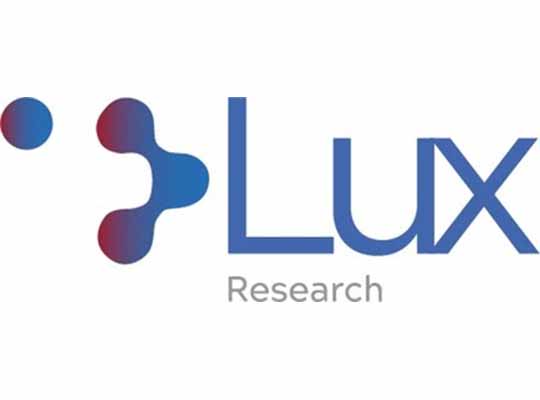 BOSTON – Despite the COVID-19 pandemic causing a sluggish start to vehicle sales in 2020, electric vehicles emerged as a bright spot, according to new data from Lux Research, a leading provider of tech-enabled research and innovation advisory services.

The 2020 update of Lux’s “Automotive Battery Tracker” report analyzes key metrics related to the impact of electrification on the automotive industry. Leveraging multiple data sources for vehicle sales, combined with Lux’s tracking of technical specifications for electrified vehicles, the Automotive Battery Tracker unearths valuable information about trends in battery chemistries and volumes, key OEMs and their suppliers, and which regions are seeing the fastest growth. This report confirms Lux’s assertion from the previous update that COVID-19 wasn’t a cause for concern for the future of electric vehicles:

“In our last battery tracker update, we noted that COVID-19 shouldn’t cause pessimism for the future outlook of electric vehicles, as automakers had already invested large sums in building BEV platforms, and governments were still pushing for decarbonization,” explains Christopher Robinson, Research Director at Lux Research and lead author of the report. “The dramatic close to 2020 proved this point to be true, although admittedly, Lux missed the mark in timing, as the market came back much faster than expected – and in the process set new quarterly sales and market share records.”

Tesla continues to lead all other manufacturers in plug-in vehicle sales, growing its market share, as it captured 17% of the plug-in vehicles sold globally in 2020 – a 2% increase from 2019. Tesla’s large average pack sizes and strong sales led to the company using 29.8% of all batteries used in 2020. This represents continued momentum in the market – Tesla alone used 34.5 GWh of batteries in 2020, just three years after all manufacturers combined used 29.7 GWh of batteries in Lux’s 2017 battery tracker update. Additionally, Tesla’s Model 3 continues to lead all others in sales volume, part of a notable trend: the prevailing success of former startups. Merely two decades ago, Tesla, Nio, and BYD didn’t make cars, but they have maintained strong sales despite large investments in electrification platforms from incumbent OEMs.

We’ve reached a pivotal point in battery electric vehicles, as the “hockey stick” demand inflection point looks to have occurred in 2020. Automakers will be releasing models built on dedicated platforms built from the ground up for electrification, including, most notably, Hyundai’s E-GMP platform, GM’s BEV3 platform, and VW’s MEB platform.

ReneSola Power Announces Sale of 12.3 MW of Projects in Hungary