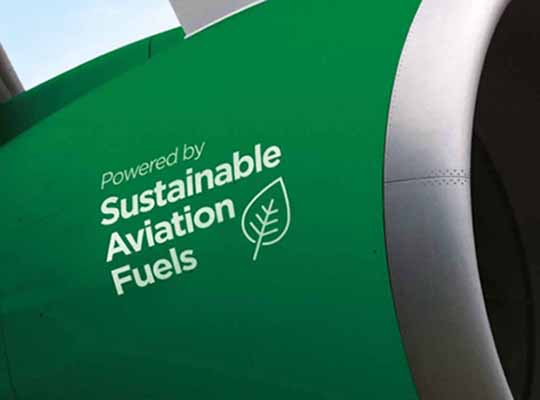 Major factors driving the growth of the sustainable aviation fuel market are:

Furthermore, the development of environmentally friendly and safe aviation lubricants, as well as the rise in demand for low-density lubricants to reduce weight, are likely to provide numerous opportunities for sustainable aviation fuel market expansion throughout the forecast period.  Usage of sustainable aviation fuels results in positive brand awareness, better customer retention and adherence to government green initiatives.

The rise in the number of airline passengers, coupled with increased disposable income is expected to drive the growth of the sustainable aviation fuel market. Most people choose to travel by air over other conventional modes of transportation since it is the safest and fastest mode of transportation with the fewest flight cancellations. As a result, air travel is more dependable than other modes of transportation and provides a more pleasant ride. This leads to an increase in the size of the aircraft fleet as well as the frequency of flights, which necessitates efficient fuels and, as a consequence, boosts the worldwide sustainable aviation fuel market. Customers favor air travel, despite its high cost, because of increased disposable income and reduced travel time.

Currently, most airlines, such as KLM Royal Dutch Airlines and United Airlines make use of biofuels. Biofuels are made from used cooking oil. Discarded cooking oil is inexpensive and simple to refine. Aemetis is also constructing carbon zero Sustainable Aviation Fuel (SAF) and renewable diesel fuel bio-refineries in California using renewable oils and orchard and forest waste. Such advancements in the sector of aircraft lubricants aid in pollution reduction and are projected to provide a plethora of growth opportunities for key players in the global sustainable aviation fuel market.

Based on Fuel Type, Power to liquid fuel is projected as the most lucrative segment. The biofuel segment dominated the global sustainable aviation fuel market in 2020, in terms of revenue. Due to substantial advancements in technology approaches to commercializing the use of alternative jet fuel, biofuel production is likely to scale up rapidly in the coming decade.

Based on Aircraft type, others are projected as the most lucrative segments. The fixed wings segment incurs a higher share.

Based on the platform Unmanned Aerial Vehicle is projected as the most lucrative segment, the commercial aviation segment incurs a higher share.

Based on Region Asia-Pacific would exhibit the highest CAGR of 60.9% during 2021-2030. North America is the highest revenue contributor followed by Europe. Due to increased air traffic, countries in North America, such as the United States and Canada, are focusing on various projects to use renewable aviation fuel to meet the requirement for reduced carbon footprints. The North American market is considered to be one of the strongest demand areas for sustainable aviation fuel due to supportive legislation and measures to reduce aviation emissions.