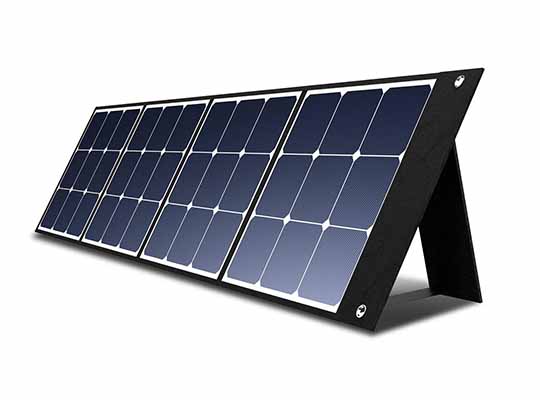 LONDON — According to Brandessence Market Research, the Solar Panel Market size reached USD 182.02 Billion in 2021. The Solar Panels market is likely to grow at robust CAGR of 25.7% and reach size of USD 902.55 Billion by 2028 end. The Detailed Market intelligence report on the Solar Panels Market applies the most effective of each primary and secondary analysis to weighs upon the competitive landscape and also the market players expected to dominate Solar Panels Market during forecast period.

The Top Key Companies of the Global Solar Panels market are,

There has been an increase in the demand of the solar panels in the rooftop applications in the residence. There is a major fall in prices for the major components like the polysilicone and silver which are used for making the solar cells. The solar panels are not something that creates the noise and do not make any of the emissions. The drop in the prices for the industrial commodities have been used for the making of solar panels as well as the higher expectations of price for the natural gas and electricity are the major factors which are driving the growth of the solar panels in the period of forecast. Increase in the price of electricity in combination with the cheaper panels has been driving the market of solar panels.

Solar industry is witnessing a major growth in recent years, thanks to growing demand for renewable energy, and sustainable energy initiatives globally. In January, 2022, the EU proposed a new 0% VAT on various goods, including solar panels. The new tax apart from providing additional flexibility to member countries, also promote major drive towards greater sustainability in one of the key regions of the globe. Furthermore, tax credits, and research based development have also encouraged growth of the solar manufacturing industry in the US, another key region. Various states in the US have mandated suppliers to procure a certain portion of their energy through renewable stocks, with PV solar modules remaining highest in end-use. According to the Solar Foundation in the US, jobs in the solar sector in the US increased by 86% between 2014-2018, with workers now being employed at over 8000 businesses across the country. Furthermore, the investments also remain robust, with 2014 alone claiming over USD17.8 billion investments.

With initiatives like tax credits, and state mandates, the production of solar output continues to reach record heights, while prices continue to decline, making the expansion of market a more promising development. For example, according to the US department of Energy, the cost of solar-generated electricity in the US declined from 28 cent per kilowatt-hour to 6 cent per kilowatt-hour between 2010-2017. This led to a decline of 52 to 16 cent per kWh price reduction for homeowners in the US. With growing demand, and steep decline in production costs, and promising profit margins in relation to home-electricity use, the solar production in the US remains the second-top in volume, globally.

According to a new report by the Solar Energy Industries Association (SEIA), businesses in the US, and homeowners continue to upgrade demand for paired solar battery storage. This demand remains a relatively new phenomenon, with just 6% in total in 2020. However, the industry forecast estimates that the demand will likely grow to 25% of the total demand, with utility-scale application set to reap the biggest benefit.

New companies have made their way into the US solar production, surpassing established giants like Topaz, which was launched in 2014. Companies like Solar Star, with annual output of 579 MW, and Copper Mountain Solar Facility overtaking Topaz recently. New companies continue to foray into the solar industry, with new company like Desert Sunlight Solar Farm accounting for over 550 MW capacity in 2015. Despite their large production capacities, these companies make for fraction of the total revenue volumes in the US solar market.

Companies like utility scale PV, and installers remain leading drivers of the industry, with main opportunities in solar water heating, solar power systems, and solar electronic components. The growing initiatives by companies like Apple, Amazon, Walmart, Target, Google, along with signed deals with the US government, investments additional solar capacity continues to grow. In 2019, Apple became the leading end-player among businesses with capacities reaching 393 MW, largely catering to its data centers.  Tax credits remain a promising incentive for homeowners to install solar panels.

On Special Requirement Solar Panels Market Report is also available for below region: