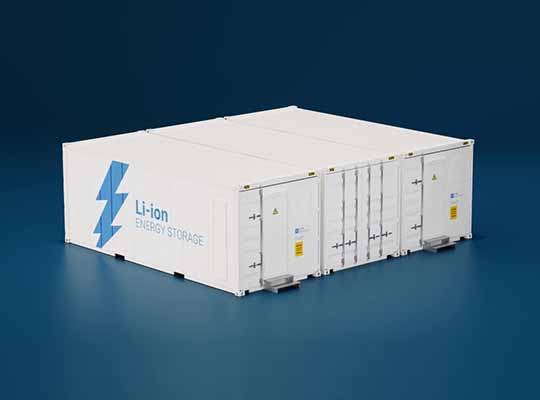 SEATTLE – The world is looking toward a renewable energy future. But taking full advantage of solar and wind power or electric vehicles will require safe and reliable energy storage solutions. Lithium-ion batteries are promising, but they only last for between 300 to 500 cycles—or two to three years when charging them ultra fast.

But BattGenie, Inc. is changing the way industry thinks about lithium-ion battery lifecycles. Their advanced battery management system adjusts how the battery functions to improve lifespan and reduce the amount of time to a full charge.

“Our software can improve the life of a battery by 200 percent while reducing charging time,” says Chintan Pathak, CPO and co-founder of BattGenie. “If you’re using a phone, your business can continue with a short stop to charge the phone. Electric vehicles can have smaller batteries or batteries with significantly longer life. This also means that you get a longer driving range with our approach per cycle compared to the existing method. And for stationary storage, you can go much longer between battery replacements or extract more energy out of the batteries over their lives.”

“Our software produces an advanced, physics-based model of the inner workings of lithium-ion batteries, then uses details gleaned from this model to adjust the charging profile of the battery to avoid degradation. We have the fastest, most advanced physics-based model ever displayed,” says Venkat Subramanian, co-founder of BattGenie and a Fellow of the Electrochemical Society (ECS). The initial research for BattGenie was done in Subramanian’s lab. An EDC II Professor of Mechanical Engineering and Material Sciences at the University of Texas at Austin, Subramanian is also BattGenie’s CTO and Chief Scientific Advisor.

Battery management systems already exist in a basic form, but BattGenie is the first to consider the electrochemical processes happening within the battery in real-time and make decisions based on that information.

“We understand the physics of the battery. We know that the battery life is increasing as a direct result of what we are doing,” says Pathak.

Batteries are charged when externally applied voltage moves lithium ions and electrons between a cathode and an anode. The electrons are generated by an electrochemical reaction in the cathode and sent across the battery via an external circuit. At the same time, lithium ions travel across the cell through an electrolyte to the anode–which is typically made of Graphite, in currently available Li-ion batteries. The electrons are consumed by an electrochemical reaction in the anode, converting the lithium ions in the electrolyte to Lithium metal, which is then stored in the anode. When charging stops and the battery provides power to a device, those electrochemical reactions reverse. The number of times this can successfully be completed is the lifespan of the battery.

This lifespan is affected by degradation of materials within the battery, often through misuse or inefficient charging profiles. Depending on how batteries are constructed and operated, degradation could occur in the forms of Li-plating, SEI layer formation, intercalation-induced stresses, electrolyte degradation and more phenomena. Any of these hampers the ability of the lithium ions and electrons to travel back and forth. BattGenie helps to reduce this degradation by adjusting how the battery charges to protect its components.

“BattGenie uses its advanced BMS algorithms to model the electrochemical processes going on within the battery and make decisions in milliseconds on how much current/voltage to apply to charge the fastest while protecting the internal materials from degradation,” says Manan Pathak, CEO and co-founder.

As of September 2021, BattGenie holds four patents on their technology. They have been partnering with manufacturers of batteries, consumer electronics, electric vehicles, and others to test their system. Through these partnerships and support from ARPA-E, the Bonneville Environmental Foundation and others, they have produced first-of-its-kind experimental data proving that real-time applications of their physics-based model improves battery performance. This improvement has been demonstrated for multiple chemistries and form-factors as well as in the high voltage battery modules used in e-buses.

In addition, the technology has been independently tested and validated at the National Renewable Energy Labs—one of most advanced and reputed national labs in the US—making BattGenie the only company with a third-party validation in this market. And more partnerships are forthcoming, thanks to BattGenie’s participation in major battery industry events such as The Battery Show, held this year on Sept. 14 to 16.

“Extending battery life means we can get a higher kilowatt hour from the same battery over its entire life, making the dollars per kilowatt hour significantly cheaper,” says Subramanian. “This will have a significant impact on the cost of the battery prices and, in turn, on the cost of the EVs, making their market adoption faster—all ultimately making a transition to clean energy easier. “

Contribution of Solar Energy Sector in the Revival of Indian Economy During ongoing Pandemic...