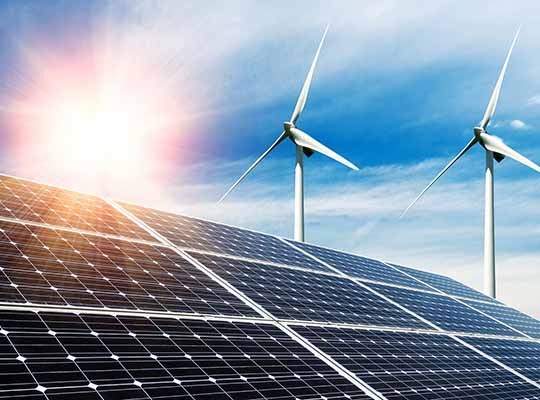 Mainstream Renewable Power (“Mainstream” or “The Company”), has achieved monetary close for the third and final phase of its “Andes Renovables” wind and solar platform in Chile. The c. US$182 million in debt raised will be used to build the “Copihue” phase which consists of one wind farm, named Camán, located in central Chile.

The project, which will commence operations in 2022, initially had an inaugurate capacity of 100 MW but has since increased to 148.5 MW following the signing of an additional long-term, bilateral Power Purchase Agreement (PPA) with a strategic partner.

With the financial close announced today, Mainstream completes an investment of more than US$1.8 billion to build its entire Andes Renovables platform, which is expected to be fully operational by 2022 and will provide around 20% of power for regulated customers in Chile using renewable energy.

Sacyr will be the Balance of Plant contractor for the Camán wind farm and they will carry out the electrical connection works. The main transformer will be supplied by ABB.

“Net zero commitments across the world require systemic decarbonisation of power – our presence and work with partners in both mature and emerging markets demonstrates the scalability and success of our project development model to support this transition.

“Andes Renovables is one of the largest renewable energy platforms in Latin America which will have an installed capacity of 1.35 GW of clean energy, generating around 3,100 jobs during its construction.

“It showcases our industry-leading expertise in structuring hybrid projects with the combination of ten wind and solar generation profiles in order to meet our commitments to deliver firm power at scale over a twenty-year period.

“It reflects our commitment to, and experience in Chile, which is one of the world’s most progressive renewable energy markets, and further solidifies our leadership position in-country, where we will soon be c the equivalent of one in five Chilean homes with power from our facilities.”

“Andes Renovables will power the equivalent of more than 1.7 million Chilean homes and avoid the emission of more than 1.6 million tonnes of CO2 per annum, the same as that produced by approximately 350,000 cars each year. The ten wind and solar farms that make up the platform are located between the regions of Antofagasta and Los Lagos. It is precisely this geographical and technological diversification that will allow for a more secure and constant electricity supply.

“We are pleased to have increased the Copihue portfolio size by 50% by adding a bilateral PPA in addition to the existing regulated PPA, which demonstrates our standing in the market.

“And it doesn’t stop there. We are using our platform in renewables and experience as a market leader to pioneer new developments in emerging technologies to complement existing capacity and ensure we are on the cutting edge of cleantech. In parallel to the Andes Renovables platform we are also investing in a new large-scale renewable platform, Nazca Renovables, and in the last few months we have signed four new energy supply contracts with private customers. We look forward to sharing more updates on both portfolios as they progress through development.”

About Mainstream Renewable Power in Chile

In 2016, Mainstream was the biggest winner in Chile’s largest ever technology-neutral electricity auction, taking 27% of the total allocated capacity. Chile’s National Energy Commission awarded Mainstream a 20-year index-linked, US dollar denominated contract, to supply 3,366 Gigawatt Hours of firm power starting in 2021. Mainstream has also delivered an additional 332 MW of wind generation in Chile via the Aela Platform with its joint venture partner Actis, delivering its first wind farm into commercial operation in 2014. Mainstream has an additional 2,700 MW of wind and solar PV generation assets under development in Chile.

BMW Launched the First-Ever BMW i4