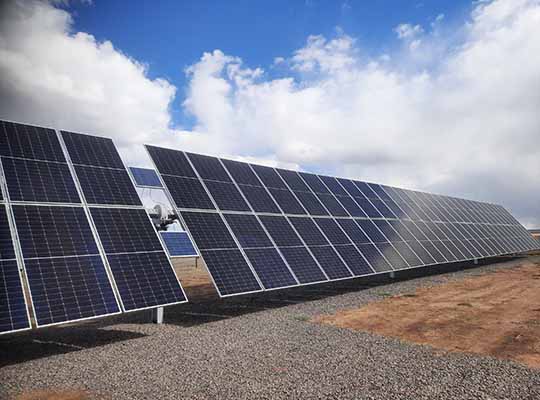 “As the solar industry moves toward large-format modules of 550 watts or higher , traditional one module in portrait tracking systems have difficulty supporting these new large ‘sails’ while two in portrait designs have already had this experience of scaling to larger surface areas. Because the static and dynamic wind loads are much greater on the structures, with these large formats, there is an ongoing need for improved tracking designs,” said Nagendra Cherukupalli, Chief Technology Officer of FTC Solar. “To answer this call, our team developed Voyager+ to tap into the benefits of 2P designs with proper management of wind loads and the seamless integration of large, complex solar modules – resulting in a zero-stow design.”

“Utilizing our baseline understanding from the RWDI model test, FTC developed a highly damped system design,” said Matthew Gilliss, CEO, and President of EPS. “By undergoing these tests, their engineering team developed an understanding of common system flaws in design and what preventive measures were necessary to eliminate the risk of aeroelastic instability.”

Currently, FTC Solar has deployed more than 2.5 Gigawatts of solar trackers, supported by a global footprint  with 31 manufacturing partners in 12 countries.

FTC Solar will be hosting a webinar with PV Magazine on Wednesday, September 15, 2021, at 11 am EST. The webinar will detail a new wind mitigation strategy that helps increase reliability and unlock lower material costs. It will also cover storm damage in the tracker industry, stow angles, aeroelastic stability of trackers, and wind tunnel reports. Additionally, the webinar will finish with a Q&A.