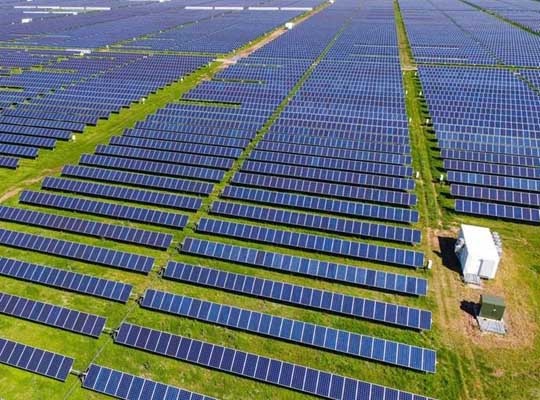 Shanghai, China – JinkoSolar has announced that it supplies 98MW of High-efficiency modules to Gruptec to empower two solar plants in Kenya. The two projects have a total power of 98 MWp and consist of 290,000+ Jinko solar PV Modules. Grupotec has completed the construction of the Radiant and Eldosol solar parks, near the city of Eldoret (in northwestern Kenya). The plants occupy 600+ acres of land to generate power that would supply power to 250,000+ households. This is the largest photovoltaic plant in Kenya and one of the largest in Africa. The plant is expected to reduce CO 2 emissions by 106,000 tons per year.

Kenya, being a country that is endowed with relatively-high solar radiation levels throughout the year, has immense strategic relevance on solar energy projects. It is worth noting that Kenya has upwards of 300 days of sunshine annually, which is double Germany’s — the country that leads the whole world in solar energy-production with an installed solar capacity of more than 40,000 megawatts.

“We are proud that JinkoSolar’s technology and product has helped Africa tap into green energy. Our company is currently installing a similar solar plants in other African countries and we are always willing to train locals on the installation, operation, maintenance to make it easier for the country to undertake similar projects in the future,” said Gener Miao, CMO of JinkoSolar.

Orbital Sidekick Announced The Upcoming Launch of Its Most Powerful Hyperspectral Satellite: “Aurora.”