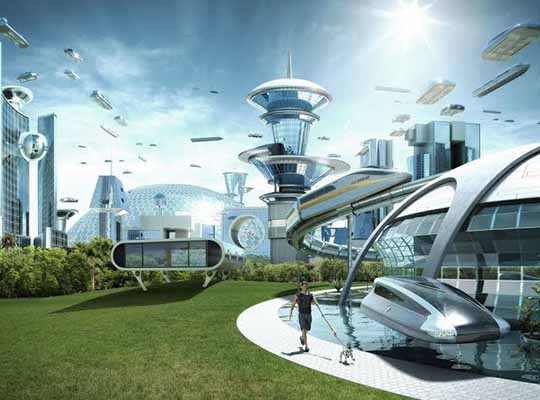 India’s rise in recent years is the most prominent development in the world economy. Our country has re-emerged as one of the fastest-growing economies in the world. India’s growth, particularly in manufacturing and services, has boosted the sentiments, both within the country and abroad.

With an upsurge in investment and robust macroeconomic fundamentals, the future outlook for India is distinctly upbeat. According to many commentators, India could unleash its full potential, provided it improves the infrastructure facilities, which are currently not sufficient to meet the growing demand of the economy. The urban population of the country registered a decadal growth of 32 percent, rising from 285 million to 377 million between 2001 and 2011, according to the Census of India 2011. It is opined that this trend is likely to persist on the back of robust economic development across the country.

Given this scenario, it becomes critical to fill the existing gaps in the country’s strained urban infrastructure. Failing to improve the country’s infrastructure will slow down India’s growth process. Therefore, the Indian government’s priority is rising to the challenge of maintaining and managing high growth through investment in the infrastructure sector. The provision of quality and efficient infrastructure services is essential to realize the full potential of the growth impulses surging through the economy.

The 21st century India, while stepping up as a social and economic power, witnessed global aspirations taking over the public and private sectors. The acceleration in the number of inhabitants induced by widespread urbanization also presents formidable challenges for urban development, particularly in metropolitans like Delhi. Furthermore, unbounded growth and a vast populace have widened the gap between the ever-progressive urban hotspots and the endlessly spilling suburbs, while the required mass transit to facilitate this sprawl remains largely underdeveloped. This has resulted in increased dependence on automobiles.

Concurrently, the ecological challenges and climate crisis have never been more existential. Delhi consistently records some of the worst levels of air pollution in the country, and with more private vehicles being added to the street every day, the situation has become even more pressing. As the state government continues to organize policy measures to combat this recurring problem, the prevalent air pollution poses serious impacts on public health and the economy. Today, the urban centers of many cities across the country have turned into huge traffic jams, toxic gas chambers with blaring noises, and chaotic menaces with no place for pedestrians.

While these consequent inconveniences have brought health and safety issues to the forefront, it has also created pressure on the government to create better-connected networks for mass transition and expand infrastructure on limited land. New redevelopment policies are being drafted in this regard, aiming to create walkable neighbourhoods linked to primary modes of public transports that rank high on sustainability and reap multiple health, environmental and socio-economical benefits to the urban dwellers.

The above-mentioned determinants such as accessibility, environment, and other livability concerns also transpire where communities reside in large urban agglomerations. These concerns demand a comprehensive approach recognizing the coaction of factors that have a bearing on the urban condition for an elevated living experience and an inclusive environment. In response to this context, the administered Smart City programs across major cities in the country suggest sustainable development practices to address growing urbanization challenges. To communicate this vocabulary, new models of urban development have been brought to the forefront. The following three propositions suggest the remedial for a sensitive intervention:

Traditionally, a large portion of Delhi’s urban land is owned by the city’s Municipal Corporation. Much of this land has been used for government housing, and the infrastructure developed on it in the early 50s, 60s, and 70s has primarily been low-height and low-density, which, in tandem with the socialist tendencies of the then regimen, has been planned without much thought to public amenities such as green spaces, that are essential to modern lifestyles. This context sets the need to promote mixed land use in a high-density format, provide various transportation options (with ease of access), expand housing opportunities, and develop open recreational spaces.

The transit-oriented development (TOD) continues to suggest an alternate way of looking at urban development. By integrating land use with transport systems, the TOD increases the efficiency of urban mobility and provides a better lifestyle to the urban residents. As the term suggests, TOD refers to the development that is concentrated around major transport hubs. It offers multiple social, economic, and environmental benefits to the city and its residents. Organized development prevents uncontrolled urban sprawls, thereby increasing the efficiency of land utilization in the cities. It also minimizes travel time and distance, which is pertinent for cities like Delhi and Mumbai, where people spend a long time commuting.

Intrinsic to a healthy urban lifestyle, walkable neighbourhoods aren’t merely a need for modern cities but a solution for 21st-century Indian cities. For its numerous benefits, walkable neighbourhood planning should be ingrained in the process of conceiving any design project. The first and foremost being its role in minimizing the dependence on vehicles. Delhi being termed ‘the most polluted capital city’ for consecutive years has become even more pertinent to dissociate the use of motorized transports. A walkable neighbourhood also promotes daily interaction between the neighbours by providing multiple encounters on the streets, thereby strengthening bonds between the community.

Targeting this set of challenges, Design Forum International (DFI), a New Delhi-based architectural practice, has planned the redevelopment of Staff Housing in the intense transit zone of Azadpur. As custodians of the built environment, which necessitates frequent interventions in the name of capacity upgradation, DFI envisages the need to emphasize the context and conservation of the built environment in thought and practice. Pertaining to their environment-conscious design ethos, the firm envisions this proposed project as an attempt to establish a synergy between the transport nodes and their development by making them co-dependent.

For this purposeful intervention, the North Delhi Municipal Corporation (NDMC) has identified approximately 25 acres of land in Azadpur to develop urban infrastructure in order to meet three distinct requirements: the need for large working spaces, residential developments in a high-density format, and the amenities that support these developments. Currently occupied by a low-density staff housing colony, the land parcel sits near major transport infrastructure: the overhead Azadpur metro stations, the GT road in the front, which provides easy connectivity with DTC buses, and an upcoming underground metro link that is set to bring the area within the Transit-zone.

The mandate given by the client was a mixed-use redevelopment which, in accordance with the bye-laws of the city, allowed a FAR of 3. The total built-up has been distributed such that 20% has been dedicated to commercial development, 10% has been earmarked to be developed as social infrastructure for the population, while the remaining 70% has been utilized for residential development.

The proposed development is in sync with the redevelopment policies of the Government of India, which aspires to connect the residential neighbourhoods to existing urban infrastructure, encourage walk to work, and promote dependence on public transport by reducing travel time and distance. By creating commercial facilities across the diverse verticals of retail, entertainment, banqueting, corporate offices, and community spaces, the design aims to serve the local population as well as attract international companies to invest, thereby increasing the affordability for the homeowners.

Rooted in the firm’s “People-first” approach to design, DFI initiates a transit-oriented all-inclusive neighbourhood plan with the strategized allocation of all the needful amenities within reach of the inhabitants through the redevelopment of Staff Housing in Azadpur. The proposed redevelopment includes the construction of two commercial buildings along the major road and 18 residential towers, divided between two to four-bedroom apartments. While the commercial facility utilizes its vantage location along the major road, the residential component is nestled amidst large tracts of green spaces to provide a healthy environment to the residents and is designed with a key focus on walkability.

Since urban living in a high-density area demands infrastructure consolidation, the greens and open areas are amassed into one large contiguous space, which also acts as a green lung. Further, by restricting vehicular movement to the periphery and creating smaller recreation facilities such as sports fields, an amphitheater, an open-air gym, and a children’s park, the development ensures safe and easy accessibility to green spaces for everyone within the neighbourhood. The spatial planning ensures that the end-users get to experience nature in all its glory from the comfort of their apartments designed to maximize the panoramic views.

The design ensures green living at the forefront of sustainable initiatives through features such as solar power generation, rainwater harvesting, wastewater recycling, and drip irrigation for landscaping. The design also employs a double-glazed facade, horizontal louvers, and LED fixtures, further bringing down energy consumption by 20%. Further, by retaining a large number of existing trees, the design creates a minimum impact on the environment.  Today, when holistic approach forethought to endorse a sustainable lifestyle has become essential, the redevelopment of Azadpur introduces an optimistic view towards building a healthy living environment amongst urban dwellers by densifying and consolidating a holistic infrastructure on limited land and providing them walkable neighbourhood with accessible means of public transport.

Solar Cells and The Trends Shaping the Solar Sector

Smart Energy – Defining Why it is Important for India?