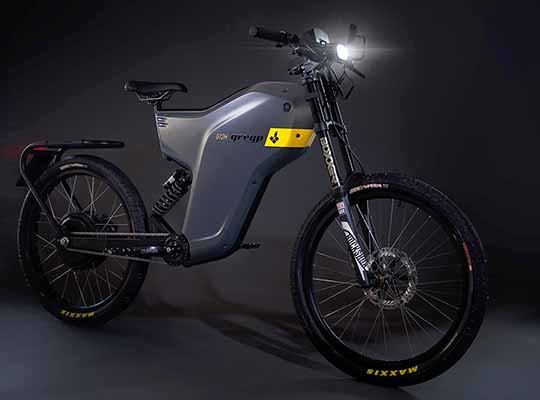 PORTLAND — Allied Market Research published a report, titled, “Electric Bicycle Market by Motor Type (Hub Motor and Mid-drive), Battery Type (Lead Acid, Lithium-Ion (Li-ion), and Others), Application (Sports, Fitness, and Daily Commute), Consumer Segment (Urban and Rural), and Power Output (250W & Less Than 250W and Above 250W): Global Opportunity Analysis and Industry Forecast, 2020–2030.” According to the report published by Allied Market Research, the global electric bicycle market was estimated at $24.30 billion in 2020 and is expected to hit at $65.83 billion by 2030, registering a CAGR of 9.5% from 2021 to 2030.

The mid-drive segment to dominate by 2030-

By motor type, the mid-drive segment held the major share in 2020, accounting for around half of the global electric bicycle market, and is expected to lead the trail by the end of 2030. The same segment would also cite the fastest CAGR of 11.4% throughout the forecast period, owing to the factors such as hassle-free installation and better performance.

By battery type, the lithium ion (Li-ion) segment contributed to 91% of the total electric bicycle market revenue in 2020, and is expected to dominate by 2030. The same segment would also manifest the fastest CAGR of 10.4% during the forecast period. This is attributed to their light weight and high capacity. Also, the declined price in the recent years has been beneficial to the segment growth.

Asia-Pacific, followed by Europe and North America, held the major share in 2020-

By region, Asia-Pacific held the highest market share in 2020, garnering around two-thirds of the global electric bicycle market. This is due to increase in initiatives for environmentally friendly vehicles & bikes and development of related infrastructure from the several governments such as India. The market across LAMEA, on the other hand, would exhibit the fastest CAGR of 14.0% from 2021 to 2030, owing to series of initiatives taken by private companies, local governments and federal officials to promote the adoption of electric vehicles in this region.

Key players in the industry-

ElectricPe Announced it Raised a Seed Round of $3 MN