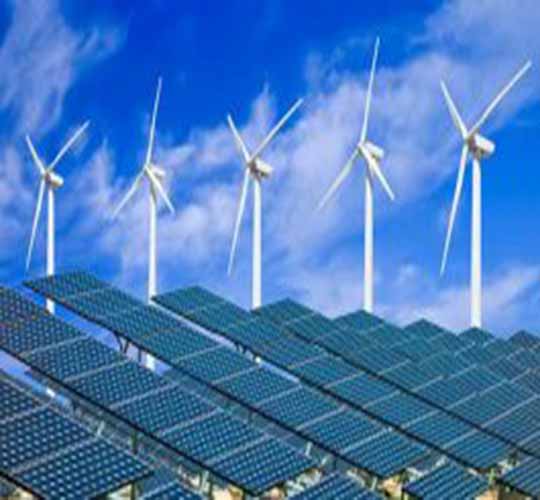 The Gujarat cabinet has cleared the proposal for the 41.5 GW renewable park in Kutch district by approving the allotment of 60,000 hectares of land for the mega project.

The Gujarat cabinet on September 9, 2020, has cleared the long-pending proposal of the 41,500 MW or 41.5 GW renewable energy (solar and wind) park in Kutch district by approving a proposal of the revenue department to allot 60,000 hectares of land in the district for the mega project.

According to a report by the TNN, the hybrid energy park project is one of the select projects of national importance that the PM reviews at his monthly PRAGATI (Pro-Active Governance and Timely Implementation) system. Over the past two years, the PMO has sent several reminders to the state government to expedite land allotment for the project.

The hybrid renewable energy park is projected to attract the investment of around Rs 1.35 lakh crore. The PM had given a deadline of 2022 for the completion of the project.

A high-powered committee of officials had earlier approved the land allocation plans for five major companies and forwarded the draft allocation plan to the state cabinet for approval. A key source in the government told TNN, that “the state cabinet has approved land allocation for SECI (Solar Energy Corporation of India), NTPC, GIPCL, GSEC, Adani Power and Suzlon, which are expected to get land for their 23000 MW, 5000 MW, 2500 MW, 3500 MW, 3500 MW and 4000 MW solar and wind power generation projects respectively.”

There is a strong buzz in the secretariat that the PM could lay the foundation stone for the Kutch hybrid renewable energy park during his upcoming visit either later this month or in October.

Earlier this month, it was reported that the state government of Gujarat working in collaboration with the Central Government, has decided to expedite the process of land acquisition for renewable energy projects – as both the government’s look to fast track the ambitious Kutch Hybrid Energy Park project.

Hitachi Energy Wins Orders To Speed Up The Electrification