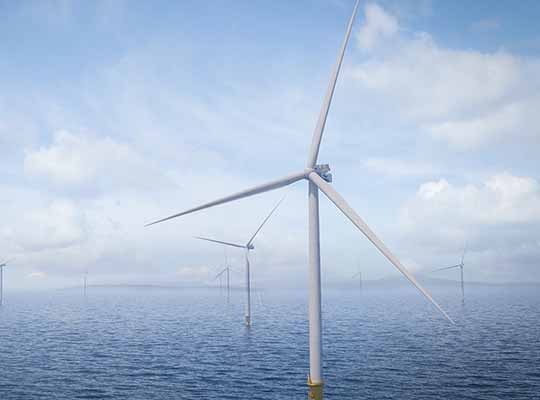 SINGAPORE – Further integrating its onshore and offshore business in South Korea and deepening its commitment to this East Asia market, Vestas has named Srdan Cenic as Asia Pacific Offshore Sales Vice President, based in Seoul.

In this role, Srdan will drive growth in regional offshore sales, further develop relationships with existing customers, cultivate new customers, and expand to new markets. He will also be a senior leader from Vestas Asia Pacific based in South Korea, and bring both onshore and offshore talents together, further expanding Vestas’ footprint in the South Korean market and contributing to its wind industry growth.

“South Korea has big ambitions for its green agenda. The country has pledged to be carbon neutral by 2050 and has recently announced plans to construct the world’s largest offshore floating wind farm,” said Srdan, “Vestas would like to contribute to that vision and be part of Korea’s green journey.”

Vestas has been active in the South Korean market for two decades, with the first V47 installed in 2001. Currently, Vestas operates more than 25 Vestas wind farms in the country, with installed capacity of close to 600 MW.

“South Korea is one of our key markets in Asia Pacific region. We have been providing world leading onshore wind solutions for more than two decades there. As the country continue to move away from fossil fuels and Vestas integrates its onshore and offshore arms, we look forward to bringing the most competitive wind solutions, both onshore and offshore, to the market,” said Srdan.

“We also want to support Korea in becoming an important supply hub for the wind industry, to support the energy transition across Asia Pacific and globally. Korea has a fairly well-established supply chain and needs to keep being developed to stay globally competitive. With our leading position in the global wind industry, we hope to further expand our partnership with our existing Korean partners, establish new relations, and support their international growth plans.”

Srdan comes with over 17 years of experience in project and commercial management and business development.

Prior to joining Vestas, Srdan was the General Manager of SBM Offshore in China, where he successfully developed and implemented China growth strategy and expanded the company’s presence in the market. During his long tenure at SBM Offshore, Srdan worked on capital offshore projects for Oil and Gas Majors focusing on business acquisition from early engagements until contract finalization. His experience covers defining strategies for new markets such as Africa and South-East Europe, establishing various partnerships and JVs, and developing strong relationships with international and national oil and gas customers.

He also has extensive experience in managing offshore installation projects in Brazil, Africa, Europe and Asia.