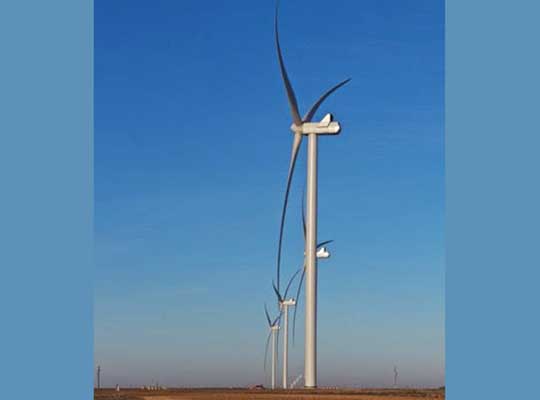 Bearkat II will provide numerous benefits to the county and the local community. “Over the life of the project, Bearkat II will contribute millions in taxes to support local public services such as schools, roads, libraries and many others, including a stable income to local landowners who have leased land to host the wind project,”  said John Billingsley, Chairman and CEO of Tri Global Energy.

“We are delighted to announce the completion of Bearkat II, the newest addition to our growing portfolio of world-class renewable energy projects. This achievement serves as a testament to the dedication and resilience of the CIP and Tri Global Energy teams, our partners and suppliers to execute throughout the global pandemic.  We are proud of this project’s contribution to local jobs and generating clean wind energy to serve the Texas market,” said Christian Skakkebæk, Senior Partner at CIP.

“West Texas provides the energy that powers some of the most dynamic economies in this country,” said U.S. Congressman Mike Conaway (R-Texas), who represents the 11th District, which includes Glasscock County.  “I am excited to see another innovative wind energy project open in the 11th District and bring even more business opportunities to our rural communities.”

“We congratulate the team at CIP on completing funding the second phase of the Bearkat wind project and achieving commercial operation, which helps Texas remain the number one wind producing state in the nation,” said Billingsley.

Tri Global Energy is an independent renewable energy originator and developer in the U.S.  The company is a leading wind developer in Texas and among the top five in the U.S. for projects under construction.  Over 4,000 megawatts of TGE’s renewable energy projects are either in late stage development, financing, construction or operation, including wind, solar and energy storage projects.