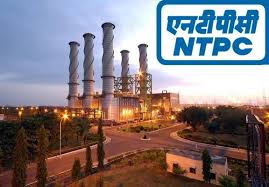 NTPC, India’s largest power generating company recorded its highest ever group generation of 314 BU in FY 21, a growth of 8.2% compared to previous year. On a standalone basis, NTPC generated 270.9 BU in FY21, an increase of 4.3% over the previous year.

In another feat, Singrauli Unit-1 in Uttar Pradesh, first and the oldest Unit of NTPC which was commissioned 39 years ago and Korba Unit-2 in Chhattisgarh, commissioned 37 years ago have achieved more than 100% PLF (Plant Load Factor). The stellar performance of Singrauli and Korba Units is a testimony to the expertise of NTPC engineers, Operation & Maintenance practices and NTPC systems.

NTPC also realized 100% of the billed amount from the Discoms and for the first time, realization crossed Rs. 1 Lakh Crore.

Along with power generation, NTPC has also ventured into various new business areas like e-mobility, Waste-to-Energy and participated in the bidding for power distribution of Union Territories. NTPC is also actively exploring Green Hydrogen solutions and captive industries in its plant premises.

NTPC Group has 70 Power stations including 26 Renewable projects. The group has over 18 GW of capacity under construction, including 5 GW of renewable energy projects. Uninterrupted supply of electricity through environment-friendly energy projects at affordable prices has been the hallmark of NTPC.

NTPC is striving to achieve highest reliability and efficiency keeping safety and environment issues on top. With global shift in energy space, NTPC is increasingly emphasizing on ESG and changed its focus to renewable for future growth while improving on sustainability matrix. Sustained efforts are underway for transforming into an Integrated Energy Company.

Rooftop Solar Dodged Covid Impact In US, Record Year Ahead