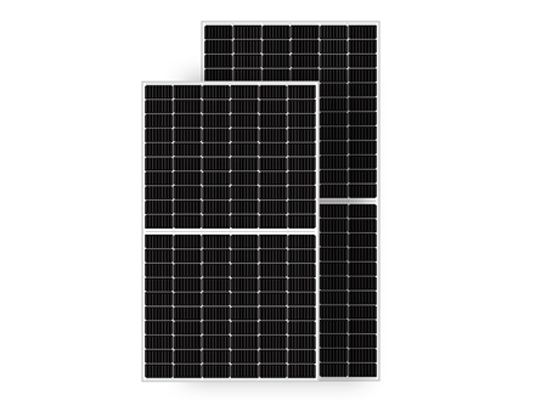 With distinctive advantages such as fewer and simpler processes, no LID/PID, low temperature coefficient, HJT is most promising technology to effectively bring down LCOE of PV power stations. As HJT technology continues to mature, more and more end-users, especially in Japan, South Korea and Europe, are willing to select HJT module when they are investing rooftop or ground-mount solar stations.

Due to bifacial design, the module also generates power from backside, increasing power generation by 10% to 35% in different applications, such as grassland, concrete floor, snowfield and reflective cloth. “We are offering 120-cell and 144-cell HJT modules targeting both residential and utility market,” said Dr. Yang. The modules are compatible with mainstream containers and trackers, making it easy to transfer and install. Moreover, electrical parameters of the modules are compatible with mainstream central and string inverters, avoiding additional costs at the system end.

“We are happy to see an increasing number of customers and investors turning to HJT module. We are confident in narrowing down cost gap between PERC and HJT and will continue to invest in R&D for cutting-edge technologies and contribute to the global renewable energy market with the most advanced and reliable products,” concluded Dr. Yang.