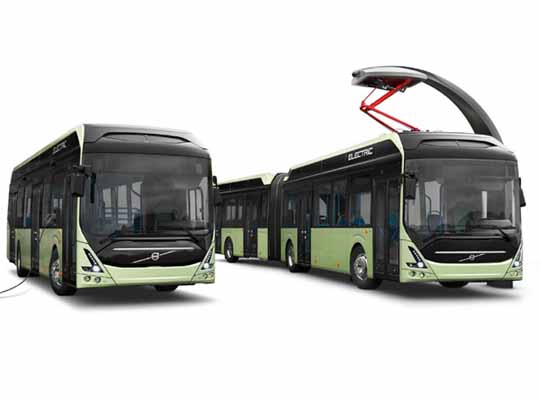 According to P&S Intelligence In March 2019, the Indian government formally launched the second phase of the Faster Adoption and Manufacturing of (Hybrid &) Electric Vehicles (FAME) scheme. Further, in August 2019, the government announced plans to procure 5,585 electric buses, to help clean up the environment. With such strong government support, the Indian electric bus market value is predicted to increase from $94.3 million in 2020 to $1,364.4 million by 2025, at a 48.8% CAGR between 2021 and 2025.

Another such initiative is the Green Mobility Scheme, under which the government will deploy 26,000 paratransit and regular alternative-fuel buses in 103 cities. Other than the central government, those of 26 states and union territories have submitted proposals to jointly deploy 14,988 of these clean-energy vehicles. Yet another such move benefitting the Indian electric bus market is the total funding of $4.6 billion announced for battery manufacturers, to boost domestic production.

The COVID-19 pandemic has dealt a severe blow to the global automotive industry due to the plant shutdowns and restricted trade. As a result, the Indian electric bus market is witnessing sluggish growth during these times, as the government measures taken to check the virus spread led to the suspension of manufacturing operations at auto plants. Moreover, as the focus of the central and state governments has been on COVID care, investments in the electric bus landscape have been reduced or postponed.

Presently, the lithium–iron phosphate (LFP) category dominates the Indian electric bus market, under the battery segment. These batteries are the safest and fastest-charging of all, which is why they remain popular among bus manufacturers and buyers.

Till now, the southern region has been the most prosperous for the companies in the Indian electric bus market because Hyderabad and Bengaluru were among the earliest cities in the country to use these automobiles. The first fleet of electric buses in the nation, 40 in total, was deployed in Telangana.

The Indian electric bus market will witness the fastest growth in the northern region on account of the continuous efforts of regional state governments to electrify their public transportation fleets. The Delhi–National Capital Region constantly ranks among the most polluted in the country, which is why the need for cleaner transportation is strong here.

Global Electric Bus Market Revenue Forecast Report – The demand for electric buses is growing due to the increasing need for eco-friendly public mobility options. The demand for these buses is also expected to be the largest in the coming years because of the rapidly declining battery prices and increasing focus towards minimum levels of carbon emissions.

U.S. Electric Bus Market Revenue Forecast Report – The U.S. electric bus market growth will be driven, by factors such as stringent emission norms in the country, environmental benefits of electric vehicles (EVs), favorable government policies to support EVs, long-term operational cost benefits offered by these buses to transit agencies, at a CAGR of 58.4% during the forecast period.