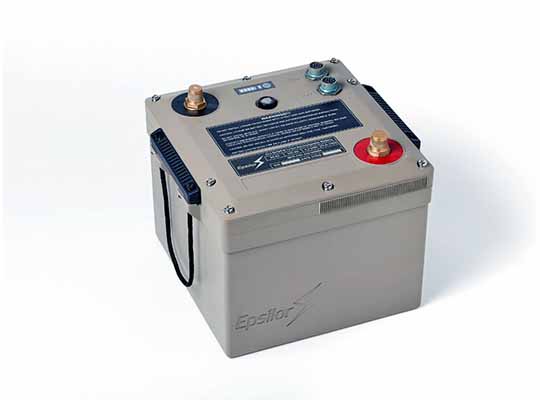 LONDON – Epsilor, a globally recognised manufacturer of smart batteries, chargers and tactical power systems, will present its range of  COMBATT 6T Li-Ion Batteries for defence vehicles and robots at the DSEI Exhibition, which will take place in London on September 14–17, 2021.

Epsilor’s batteries have been recently integrated into the “Jaguar” autonomous ground vehicle (AGV), deployed by the Israeli Defense Forces (IDF).

The Jaguar military robot is used to protect Israel’s border and in the IDF’s infantry and special units. Each such military autonomous vehicle is equipped with several 6T batteries providing with it over 16kWh of energy.

COMBATT 6T batteries have been tested by the British Defence Science and Technology Laboratory, which evaluated them for the upcoming armoured vehicle programs of the British MoD, such as the Boxer MIV, the Ajax AFV and the Challenger 3 MBT.

Tested on a Challenger 2, COMBATT 6T proved to offer the highest energy density among all test participants, offering a silent watch of more than six hours, significantly more than the second-best battery.

Epsilor’s 6T product line has been selected, purchased and field tested by more than 12 customers all over the world. The batteries are installed on some of the most prestigious platforms of leading global vehicle manufacturers.

“The British Army is in the midst of a fundamental technological change, introducing new fully digital weapon systems, armoured vehicles, robots and soldier equipment,” said Epsilor president Ronen Badichi. “All these programs present a growing demand for energy, which we are addressing with our advanced batteries and chargers.”

Epsilor will also present at the exhibition its full line of advanced custom and smart lithium batteries for a wide range of tactical uses such as radio and electro optical equipment, which are already in use by several NATO armies, including those of France, Italy, Canada, Germany and Poland.

Provision of Solar Panel Plant for Admin Block at Mandovi

Augwind Announced he Working on a Public Offering in the US