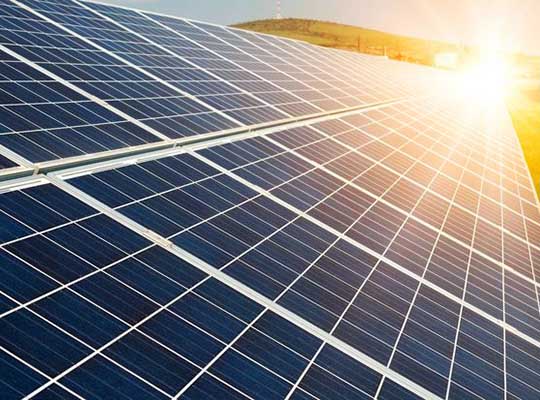 EDF Renewables made an announcement on behalf of their joint venture Eden Renewables India (EDEN) of securing a financial close for its 450 MWp solar project in Rajasthan. The project has raised a US$165-million (around INR 1200-crore) finance with a group of three major international banks.

Currently under construction in Rajasthan, Northern India, the project was awarded to Eden in a Solar Energy Corporation of India (SECI) auction. SECI signed the power purchase agreement (PPA) with the developer in June 2019.

The project is expected to be commissioned within the first half of 2021.

Sudhir Verma, chief executive officer of Eden Renewables India, said: “This is one more success for EDEN and a significant moment for the development of renewable energy in India. At Eden, we are eager to provide our expertise in high-scale solar PV farms to contribute to a low carbon environment in the country, in line with the country’s objective to achieve 40% of non-fossil fuel generation by 2030.”

Laurence Juin, Chief Financial Officer of Total Eren, added: “This successful financial close reflects the ongoing interest and trust of the lenders in the Indian renewable energy market and its promising prospects. By partnering today with such a high-quality financial consortium, we look forward to pursuing our project’s construction along with our partner EDF Renewables and through our joint-venture Eden Renewables India, which plays a key role in achieving our local ambitions and has positioned itself in the Top 3 of Indian solar tender winners during the first semester of 2020.

“The Indian renewable energy market offers a high growth potential, and we are determined to provide electricity which is both sustainable and low carbon, in line with the Indian Government’s objective to increase the part of renewables in India.”

Frédéric Belloy, Executive Vice President International Operations at EDF Renewables, stated: “The secured financing carried out together with the financial partners is a major step in the delivery of our 450 MWp project. We are now fully mobilized towards its completion. SECI III, as well as our recent successes representing 1,300 MWp new projects, demonstrate EDF Renewables’ willingness to support India to reach its great ambition for renewables energy.”

For this transaction, Eden was advised by Herbert Smith Freehills and L&L Partners Law Offices as legal advisors, and Chatham Financial Europe as hedge benchmark advisor.

Eden Renewables India was founded in 2016 as a joint venture between Total Eren and EDF Renewables to build and operate solar photovoltaic projects across India. As of 2021, the company has 207 MWp operating solar plants, 450 MWp under construction, and over 1,600 MWp under development and due to commission by 2022.

LONGi Supplies 273 MW of its Solar Modules to the Largest Solar Plant in...