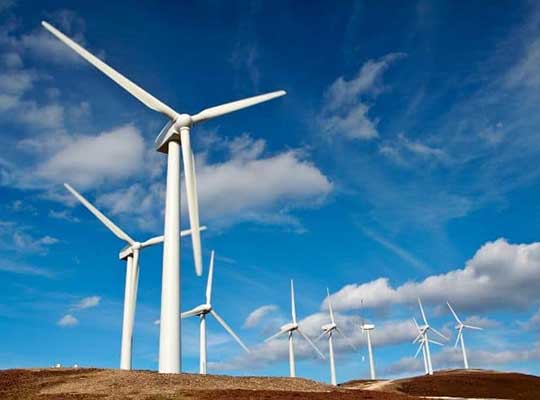 Despite installed capacity exceeding power demand, some parts of the country face acute power shortages. The critical reasons are – coal supply shortages, high level of transmission and distribution losses, and poor financial health of utilities. Further, unlike domestic coal, the price of imported coal is unregulated; its price can be quite volatile. Imported coal in the recent past has been significantly more expensive than Indian coal. Distribution companies (discoms) that buy electricity generated with imported coal face significant and unpredictable upward pressure on tariffs. Some utilities have tried to avoid these high costs by simply not buying power, even when the result is local shortages, rolling blackouts, and increase in fixed costs.

These fundamental problems in the power sector are hampering the efficient use of the existing system to even meet the grid-connected demand. On top of this, more than 300 million people in India are still waiting for access to electricity. Rampant load-shedding and low-quality electricity supply forces people to resort to private, local, costly and dirty solutions such as diesel generators, which pose both health and environmental concerns. On top of this, estimates suggest that by 2021-22, India’s electricity demand will be more than double the level in 2011-12.1

One of India’s major advantages today and going forward is that its renewable energy (RE) potential is vast and largely untapped. Recent estimates show that India’s solar potential is greater than 750 GW and its announced wind potential is 302 GW (actual could be higher than 1000 GW). India Energy Security Scenarios 2047 show a possibility of achieving a high of 410 GW of wind and 479 GW of solar PV by 20472. The potential of biomass and small hydro is also significant. Thus, renewable energy has the potential to anchor the development of India’s electricity sector.

The question that is still unanswered is the need to do RE. From a broad public policy perspective, the major benefit of a rapid transition to RE will be the positive effect on India’s macroeconomic circumstances. Tapping into abundant indigenous renewable resources could avoid revenue outflows for expensive imported fuels. At the current time – without innovative policy changes – India is facing a rapidly rising and volatile imported coal bill far into the future. India’s coal imports in 2014-15 were already at 212 million tonnes at over Rs 1 lakh crore3. Economic principles might suggest that we should be able to find something to export – the facts on the ground suggest that it is not easy.

From a pure macro-economic perspective, reaching 175 GW RE by 2022 could dramatically reduce the coal import bill in 2022. Then there are environmental benefits (less pollution), social benefits (local employment opportunities) and investment inflows, which may need to be monetized to assess the complete range of benefits.

But, to capture the benefits of RE, India would need to make available the necessary capital, and get comfortable with managing the variability and uncertainty of RE generation in conjunction with the existing and planned fossil fuel-based and large power plants. The Planning Commission estimates had suggested that infrastructure development under the 12th Five Year Plan would require more than a trillion US Dollars, and the investment requirements for RE may enhance it further. Therefore, financing is certain to be a challenge for RE. Renewable energy tariffs, of which 70% are financing costs (but no fuel costs for 25-30 years), will reduce if loans are provided at lower interest rates. With this challenge in mind, the solar potential constituted an Expert Group in June 2015 to assess the requirements and utilization of public finance for achieving 175 GW RE by 2022

Renewable Energy Generation has Become One of the Most Important Aspects in Terms of...